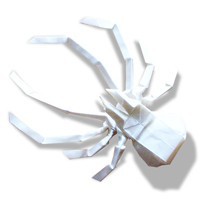 This sample designer contract is what I use for my own work. It’s a hybrid of the AIGA, GAG and c...

Of course! You might want to get specific about rights transferred.

12 states the client and designer will both abide by the code of Fair Practice but doesn't list the entire code. 13 is an important passage of the CoFP and should be included because the client won't read the CoFP and would say they were never given a copy of it, which a judge might use to rule against you. There are contracts that list the entire contents of the CoFP but they are three-to four pages long (and some are even longer!). Can you imagine getting a small to mid-sized client to sign a 12 page contract when they don't want to sign one at all?

Some people start their contracts at 0001 and use an ascending numerical system. Some people use the dates such as February 12th, 2015 as 021215. Some people use a client's initials and a number, such as ABC0001. Whatever makes it easier on you to keep records of projects and billings.

It could, with some adjustments pertaining to your business and the job description. I would, however, get the seamstress to sign a non-disclosure agreement and a one-year non-compete, too!