The Founder Accord is a basic deal sheet among founders - before you do the company formation and vesting etc.

Introducing the Founder Accord

With an impressively steady volume of new company formations, we have seen numerous variations on a few simple themes:

Eduardo Saverin and Reggie Brown are two of the higher profile cautionary tales of this problem, but every year, we hear a handful of accounts similar to this one. We were contacted after the fact by an entrepreneur who had assisted two founders of a fledgling technology company. He started out doing some “consulting” for them, but shortly became effectively (but informally) the “third founder” of the company, assuming the role of the Company’s head of business development. In this capacity, he told us, he introduced the company to several high quality business leads who eventually became significant paying customers. Through a series of e-mails and conversations, they sketched out what he believed to be an allocation of a pre-financing equity stake in the Company. Needless to say, this story did not end well for him. When the company received its first financing, his partners re-cut his equity deal (to his significant detriment) and sent him a bunch of long form legal documents to sign that memorialized the less generous, far more contingent offer, with his equity priced much closer to the impending financing round than the (near zero) price the other founders afforded themselves. This created a dilemma for him. If he signed, he would effectively be agreeing to the revised(and much worse) deal; if he did not sign, he could end up with nothing, and would then have to hope that his e-mail exchanges created a legally enforceable agreement.

Beyond the philosophical observation that experience is only gained at the price of adversity, the macro point is that to maintain a vibrant entrepreneurial community, there should be an effective way to balance the practicalities of the company and capital formation process and the reality that legally enforceable agreements should be thorough and in writing. If the proverbial handshake (or, in today’s world, e-mail thread) deal creates more risk than opportunity, then you will adapt your behavior in one of two ways. You will either hold back (and be hesitant to contribute “too much” to a new project where your benefits are uncertain) or you will simply not bother with the project. In the first instance, if everyone adapts in the same way, then the result will be a “false negative” (a good idea that goes nowhere because the creators do not devote the necessary effort). In the second instance, the idea never gets off the ground. Either way, everybody loses.

With all that in mind, we are pleased to present our solution – the Founder Accord. This is a simple, plain English, short document that lays out the most basic structure for collaborating on a new idea or project that may develop into a company.

The Founder Accord is intended to provide entrepreneurs with the comfort they need to take risks while sparing them the effort and expense required to complete a customary corporate formation and capitalizationbefore knowing that they actually have a viable business – or have even formed a company. The Founder Accord can be more or less detailed depending on the particulars of the project and the parties involved. Some will opt for more details (milestones, contingencies, etc.); others, for less. If experience is any guide, at the very least a Founder Accord should be signed by all relevant players and should memorialize the agreed upon equity split(and maybe any conditions or contingencies regarding founder equity). These two steps alone may well resolve some of the most contentious feuds among company founders(see above). Another important benefit is that it sets expectations among the founders as to each person’s respective time and professional bandwidth commitment to the project. Finally, hashing out a Founder Accord over the course of a few hours can be a useful and important team building exercise, particular where not all of the founders know one another well.

What it does not do

A Founder Accord should not be viewed as a substitute for the long form legal documents that would memorialize the points sketched out in it (any more than, say, a term sheet is a substitute for customary financing documents). We would thus caution against trying to address every imaginable issue or detail in a Founder Accord. Also, while a Founder Accord may alleviate the need to actually form a company at too early a stage, it is important to consider that without a separately incorporated vehicle (a corporation or an LLC), the Founders are without the legal protections (e.g., limited personal liability) afforded by incorporation. As a result, the Founders could be viewed as general partners, who can be held jointly and severally liable for the obligations of their partnership. Accordingly, a Founder Accord is a temporary fix at best ­—the intermediate step between the proverbial handshake and stack of legal documents. It may help to create the conditions necessary to set the larger company formation process in motion, but it is not a substitute for that process.

To maximize the industry – and legal -- value of using a Founder Accord, we are encouraging a push for industry-wide adoption. Over time, if the Founder Accord is recognized as an industry standard for early stage company formation, it can become a credible basis for the claims spurned founders. Conversely – and of perhaps greater use – it can protect legitimate founder teams from “opportunistic” sorts coming out of the proverbial woodwork after their company thrives (since in a world where all legitimate founders executed a Founder Accord, a claimant who did not would have some explaining to do). As an industry standard, the Founder Accord remains second best (http://a.sarva.co/the-elite-ethic/#comments), but it may serve to enable greater cooperation among members of an open community that is in an intentional state of continuous motion.

A Sample Founder Accord

This Founder Accord among the Founders of XXXXXX, Inc., memorializes the respective rights and obligations of the Founders prior to the creation and execution of customary corporate actions and long form agreements pertaining to these matters (“Formal Setup”). The terms and conditions specified in this Founder Accord shall control any future disagreements among the Founders with respect to the matters covered herein until such time as the Company completes the Formal Setup consistent with the terms of this Founder Accord to supersede it. The Founders anticipate completing the Formal Setup in connection either with the Company’s initial financing or at such time that the Company’s revenues are sufficient to permit such expenditures, but desire to enter into this agreement to confirm their collective understanding, and for this agreement to be legally binding, as to the matters sufficiently described herein.

We are in the process of broadcasting this article to as many people as we can. Please do the same. For the “on the go” crowd, you can access a mobile version of the Founder Accord here -- https://www.shakelaw.com/founder-accord/ -- courtesy of our friends at ShakeLaw. We also have a forum on a separate tab on our website where anyone who is interested can provide their questions or comments and receive my feedback. Finally, you are always welcome to contact me at [email protected]

By the way, most of you who are reading this know this already, but just for the record: "The Founder Accord and the information contained above do not constitute legal advice, and the use or viewing of this site does not create any attorney-client privilege. You should consult with an attorney prior to signing or otherwise entering into any legal agreement."

[1] And once you form a company, you are stuck with it, including ongoing obligations for tax filings, etc., even if the company is not profitable. 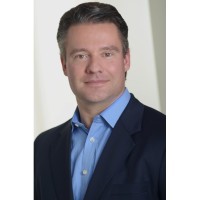