The Employee Offer Letter and this Restricted Stock Purchase Agreement are meant to work in tandem. Together, they establish the relationship between the startup and a founder/cofounder in their individual capac... show moreity.

This Restricted Stock Purchase Agreement (the “Agreement”) is made as of Date, by and between COMPANY NAME (the “Company”), a Delaware corporation and Purchaser Name (“Purchaser”). Reference is hereby made to the offer letter (the “Offer Letter”) dated as of even date hereof between the Company and Purchaser, pursuant to which Purchaser shall enter into an employment relationship (the “Relationship”) with the Company.

Section 1.  Issuance and Sale of Shares.  On the date hereof, subject to the terms and conditions of this Agreement, the Company shall issue and sell to Purchaser, and Purchaser agrees to receive from the Company, Shares Purchased shares of the Company’s common stock, par value $0.001 per share (the “Shares”). Such Shares shall be issued in book-entry form and bear customary restrictive legends. As used herein, the term “Shares” also includes any other securities, assets, interests, rights and other consideration received by, issued to, or due to Purchaser in respect of the Shares or into which the Shares are convertible or exchangeable, pursuant to any dividends, stock splits, recapitalizations, mergers, acquisitions, reorganizations, exchanges or similar transactions.

Section 2.  Contribution of Assets.  In consideration for the Shares, the sufficiency of which is hereby acknowledged, the Purchaser hereby contributes, sells, conveys, transfers and assigns to the Company, and the Company hereby receives, effective as of the date hereof, all of Purchaser’s right, title and interest in and to the assets listed on Schedule 2.

Upon delivery to Purchaser of such notice and payment, the Company shall immediately, and without further action by either Purchaser or the Company, become the legal and beneficial owner of the Repurchased Shares and all rights and interest therein or related thereto.

(d)   For the purposes of this Agreement, “Cause” means:

Section 4.  Right of First Refusal.
(a)   Before any Shares held by Purchaser may be sold or otherwise transferred to a third-party, Purchaser must deliver to the Company a written notice (each such notice a “Transfer Notice”) setting forth (i) the number of Shares that Purchaser intends to sell or transfer (such shares, the “Transfer Shares”); (ii) the name, address and contact information of each proposed purchaser, transferee or recipient of the Transfer Shares (each such party a “Proposed Transferee”); and (iii) a true, correct and complete summary of the terms of such proposed sale or transfer, including the amount and nature of the per-share consideration proposed to be paid by each Proposed Transferee in respect of the Transfer Shares.

(d)   The provisions of this Section 4 shall not apply in respect of a transfer of Shares to or among any members of the Purchaser’s Immediate Family who agree in writing with the Company to be bound by the applicable provisions of this Agreement in respect of such Shares. An “Immediate Family” member of the Purchaser means any child, stepchild, grandchild, parent, stepparent, grandparent, spouse, former spouse, domestic partner, sibling, niece, nephew, uncle, aunt, mother-in-law, father-in-law, son-in-law, daughter-in-law, brother- in-law or sister-in-law, including adoptive relationships, of the Purchaser.

Section 6.  IPO.  The provisions of Section 4 shall expire immediately upon the consummation of a registered initial public offering of any class of the Company’s equity securities. In connection with any such offering and upon the request of the Company or the underwriters managing such offering, Purchaser and any transferee or holder of any Shares shall enter into a “lock-up” or similar agreement on customary terms and conditions.

Section 7.  Acceleration.
(a)   If Purchaser is Involuntarily Terminated by the Company, 1/3rd of the total number of Purchaser’s Shares still subject to the Repurchase Option as of the date of such Involuntary Termination shall be released from the Repurchase Option, effective upon such Involuntary Termination. For the purposes of this Agreement, Purchaser shall be deemed to have been “Involuntarily Terminated” if (x) the Company (or successor entity, as applicable) terminates the Relationship without Cause or (y) Purchaser terminates the Relationship in connection with a material breach of the Offer Letter or this Agreement by the Company.

(c)   If Purchaser is Involuntarily Terminated by the Company (or successor entity, as applicable) within 12 months of the consummation of a Triggering Event, all remaining Shares still subject to the Repurchase Option shall be immediately released from the Repurchase Option, effective upon the date of such Involuntary Termination.

Section 8.  Notices.  All notices, requests, claims, demands and other communications under this Agreement shall be in writing (including facsimile or e-mail transmission) and shall be deemed given upon receipt by a party at the address appearing next to such party’s signature page hereto (or at such other address for such party as such party shall specify by like notice to the other party hereto).

Section 11.  Governing Law.  This Agreement and all acts and transactions pursuant hereto and the rights and obligations of the parties hereto shall be governed, construed and interpreted in accordance with the laws of the State of Delaware, without giving effect to principles of conflicts of law.

Section 13.  Severability.  If one or more provisions of this Agreement are held to be unenforceable under applicable law, the remainder of the provisions of this Agreement shall remain in full force and effect and shall in no way be affected, impaired or invalidated so long as the economic or legal substance of the transactions contemplated hereby are not affected in any manner materially adverse to any party. Upon such a determination, the parties agree to renegotiate such provision in good faith to attempt to give effect to the original intent of the Agreement to the fullest extent possible.

Section 14.  Counterparts; Effectiveness.  This Agreement may be executed in any number of counterparts, each of which shall be an original, with the same effect as if the signatures thereto and hereto were upon the same instrument. This Agreement shall be deemed effective upon the date first written above. No provision of this Agreement is intended to confer any rights, benefits, remedies, obligations or liabilities hereunder upon any person other than the parties hereto and their respective successors and permitted assigns and transferees.

IN WITNESS WHEREOF, the parties hereto have caused this Agreement to be duly executed as of the date first written above.

With a hard-copy to:

With a hard-copy to:

Operation of Section 7(a) 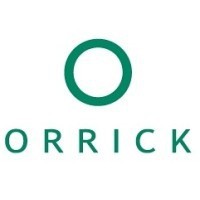