The consequences of a stroke episode can be devastating, even when it’s diagnosed and managed promptly.

The consequences of a stroke episode can be devastating, even when it’s diagnosed and managed promptly. When medical practitioners fail to recognise the warning signs, the effects are long-term and sometimes fatal. Transient Ischemic Attacks, although less dangerous, need to be recognised for what they are, as they can frequently lead to stroke as well. If the standard of care in this regard has been unreasonable, this could mean you are entitled to a stroke compensation claim.

In England, 1 out of 6 people will have a stroke sometime in their lifetime, and new statistics released by
PHE reveals that 57,000 people had their primary stroke incident in 2016. It is estimated that
approximately 30% of people who sustain a stroke will go on to experience another episode. Stroke is
one of the leading causes of disability and death in the UK. There are approximately 32 thousand stroke-
related deaths in England every year. However, due to enhanced standards of care, stroke-related
deaths have declined by 49% in the past 15 years.

What is a Stroke?

A stroke is a form of brain injury; it occurs when
a vessel that supplies blood (oxygen and
nutrients) to the nervous tissues is either
blocked by a clot or ruptures – dramatically
reducing the brain's supply of oxygen and
nutrients. The particular neurons in affected
areas begin to die, and the patient begins to
experience symptoms of the loss of function of
the affected brain areas.

What are the types of stroke?

Stroke has two main types - ischaemic and haemorrhagic. Ischaemic strokes result from blood clots and
are the most common form of strokes, accounting for about 85-88%. Haemorrhagic strokes occur when
a blood vessel near the brain ruptures, e.g., due to hypertension.


Strokes usually don’t precede any warning and are difficult to predict, although certain risk factors have
been identified, including smoking, diabetes, high cholesterol, high blood pressure, and family history of
stroke.

What is a TIA (Transient Ischaemic Attack)?

A transient ischaemic attack (TIA) occurs when the blood supply to the brain is ‘temporarily’ interrupted,
causing stroke-like symptoms that completely resolve within 24 hours, typically without causing brain

damage. TIAs should always be diagnosed and managed seriously since they are often a preeminent sign
for a full-blown stroke.

How is Stroke Diagnosed?

The sooner that treatment is provided for a stroke, the less likely brain cells are to die, thus minimising
injury and disability. NHS has offered a well-advertised campaign explaining the symptoms of a stroke as
F.A.S.T.

Face – the facial muscles may have dropped on one side, the person may be unable to smile, having the
angle of mouth dropped, unable to blow, and/or keep their eyelids closed on the affected side.
Arms –unable to lift both arms and keep them there because of motor weakness on the affected side
Speech –slurred or garbled speech or the person may not be able to talk at all despite appearing to be
conscious

Time – it's time to call 999 right away! If you see any of these symptoms or signs.

Once the patient reaches the hospital, the diagnosis typically made on clinical suspicion and physical
grounds, is often supported by imaging studies (CT scans – the gold standard) and blood tests for
glucose and other markers.

What are the long-term complications of Stroke?

What is Thrombolytic Therapy for Stroke?

A stroke that results from a blood clot is called an ischemic stroke, making up about 85-88 per cent of all
stroke cases.

The only approved thrombolytic management of ischemic strokes is Alteplase IV r-tPA, also referred to as
tissue plasminogen activator. Alteplase IV r-tPA induces clot dissolution thus, improving blood flow. If
this is administered within three hours (up to 4½ hours in certain eligible patients), Alteplase IV r-tPA
may improve the prognosis and prevent long-term disability for a stroke patient.
This window period in which clot-busting or thrombolysis therapy can be given safely is generally
thought to be between 3-4 hours from the first appearance of symptoms.

If the thrombolysis treatment is given early to a patient with ischemic stroke (as a result of a clot), then
this may reduce long-term disability. Unfortunately, thrombolysis is not available in all medical facilities
and some patients may not be eligible for this. The A&E department and/or your medical practitioner
will consider whether you are eligible for this treatment.

If a person is eligible for thrombolytic therapy, then, as previously stated, this must be administered
within a 3-4 hour time window from the first onset of symptoms. It is, therefore, crucial for the medical
practitioner to know when symptoms first appeared. It is very difficult to know the onset of symptoms
started if a person woke up with them, as the stroke events may have occurred sometime before this.
Thrombolytic therapy must be administered by staff who have been appropriately trained and where
there are the appropriate facilities for monitoring.

Do you have a claim?

What is Medical Negligence when it comes to Stroke Management?

Time is of the utmost essence when someone has suffered a stroke, predominantly, from a blood clot.
The longer the blood supply to the nervous tissue is interrupted, the more serious the chance of
disability, brain injury or death. If the stroke is not managed promptly, damage to the brain can be
extensive, leading to permanent severe disability. For example, loss of speech, one-sided mascle
paralysis or loss of movement, loss of vision, reduction in memory/cognitive functioning are a few of the
devastating complications that result from stroke. This makes it crucial that doctors identify a stroke, or
potential onset of a stroke, at the earliest opportunity. The medical negligence an arise in the following
circumstances:

ξ A failure to treat hypertension which led to an avoidable stroke event
ξ A delay in performing abdominal surgery leading to severe sepsis which in turn led to an
increased tendency for clotting, resulting in a stroke
ξ Stroke misdiagnosis or late diagnosis
ξ Failure to recognise the symptoms of a transient ischemic attack (TIA)
ξ Failure to refer a patient for emergency treatment when experiencing a stroke or TIA
ξ A failure to provide timely thrombolytic therapy
ξ A delay in performing a brain scan and identifying the type of stroke
ξ Delays in paramedics arriving following a call to emergency services
ξ Failure to properly monitor symptoms after a patient is admitted in the hospital
ξ Errors with prescription and monitoring of side-effects, leading to increased risk of stroke or TIA.
ξ A delay in diagnosing a haemorrhagic stroke and a delay in surgical or medical treatment such as
craniotomy.

How can Stroke Misdiagnosis Claims Help You?

A successful negligence claim in UK for stroke can support the cost of the rehabilitation care and
resources a person needs while dealing with the complication of a stroke. It can also help sustain the
affected individual during their period of unemployment due to stroke – providing some degree of
recompense for the emotional pain and suffering caused due to negligent stroke management. In most
cases of medical negligence, you have a window of three years to file a compensation claim, beginning
from either the date you received negligent treatment for a stroke or the date you first became aware
that you were given negligent treatment.

For stroke-related deaths that resulted due to substandard medical treatment, you may be entitled to
make a stroke negligence claim. While nothing can replace the loss fo your loved one, a successful claim
can help reduce the financial hardship, as well as some compensation for your emotional impact. 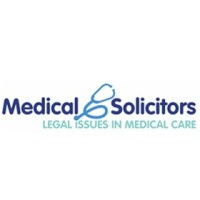