(No summary is available.)

The players of Crescent Asylum Fortnite team agree to play under the name Crescent Asylum at all online, LAN, matches, scrimmages, practices, and social events and competitions that they attend.

Note that Crescent Asylum has the choice to terminate the contract if proof is not given for the above circumstances. Proof must be provided if requested by Crescent Asylum, you must wear Crescent shirts, gear, products of sponsors, while streaming, or inside a tournament venue at all times. Crescent Asylum team above is expected and obligated to participate in events requested by Crescent Any player having caught a negative attitude toward an opposing player, team, fellow member, staff member of Crescent, or owner himself are subject for review and dismissal of the team and contract will be null and void.

The Crescent Asylum team above will be expected to follow a set of guidelines when representing Crescent, their sponsors and partners. Each player is expected to be in good shape with no body impairing substances in the body during LAN events, or online competitions, or live streaming or social events representing Crescent or their sponsors. These substances include the following: illegal drugs, legal imitation plant like substances of any kind that impair judgment, alcohol, and over dozed prescriptions. A player may not be held accountable for use of drugs prescribed by a doctor for any medical condition he or she may have.

No player shall use language in any official event that is represented by Crescent Asylum no matter what kind of venue or online. This includes social events, forums, chat rooms, while representing Crescent and their sponsors. Players Eighteen and older may purchase alcoholic beverages after all matches have concluded.

If a team is labeled dead, inactive, moved down online out of a professional invite status, LAN, or other various competitive league or competition, Crescent has the right to enable this contract null and void for the players listed above. Crescent Asylum is not responsible for any injury or crime committed by any of the players on the Crescent Asylum Team .

Crescent Asylum has the right to release the player if he/she is caught selling accounts, trading or obligating with others about selling. As we do not fully support this, we require you too sell all accounts you plan too sell before signing this contract. Avoiding the above will resolve in a termination of your contract. 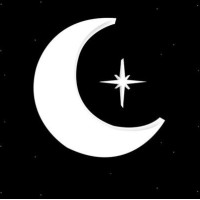