Outline of policy proposal for BLIP's Hack the Act competition.

This proposal seeks to solve Enforcing Trademarks on the Anonymized Web.

Currently, the DMCA provides a flawed, but workable attempt at extrajudicial enforcement of copyrights on the Internet. Trademark infringement is just as common a problem, but lacks such an efficient extrajudicial process. Trademark holders are left with the unattractive options of sending a cease & desist letter (which may be ignored) or of escalating to a lawsuit (which may be unfeasible for a multitude of reasons). Adding a DMCA-style notice and takedown procedure that would apply to trademark infringement as well would streamline enforcement efforts for rights holders and also simplify infringing material removal efforts on the part of intermediaries (Facebook, etc.)

The solution Team OGLegalHackerZ proposes will solve the problem by Creating a DMCA-style Notice and Takedown Regime for Trademarks.

a.     What’s the DMCA? The DMCA came about in Congress as a way to try to reach a middle ground between websites that host user-generated content (such as YouTube) and the music and movie industries. The industries are often worried about their content ending up on sites such as YouTube, but it is also important to keep those sites open to foster users’ creativity. The DMCA allows for a process, called “notice and takedown” as a whole, to try to solve this problem outside of court. It is not perfect, but it is an important part of the Internet today. Without the DMCA, YouTube, as an intermediary, could be sued for distributing infringing works that users upload.

b.     How it Works: The law creates something lawyers call a “safe harbor” for websites that host user-generated content. This means that the sites themselves generally can’t be sued for things that users upload to the sites that infringe someone’s rights. However, in order to earn this safe harbor, the sites must comply with the requirements of the DMCA.

c.     Requirements: (i) Complying with takedown notices – This means that if a website receives a takedown notice from a copyright holder that alleges infringement, it must remove access to the item(s) and then notify the user that uploaded the item. (ii) Complying with “counter-notices” – Counter-notices are notices that users file in response to a takedown of their content. A user can file a counter-notice if he or she believes that takedown was sent by mistake or that what they were doing constitutes fair use, among other things. If a user files such a counter notice, and the person who has the copyright does not sue, then the site must restore access to the item. At this point, it is up to the rights holder to escalate to a full lawsuit or not. This won’t involve the website because it is protected under the safe harbor. (iii) Designating an agent - Sites seeking to invoke the safe harbor must select an agent, meaning a person who is designated to receive takedown notices and handle them expediently. There are some specific requirements in the law regarding this. The agent must be clearly indicated on the website in question.

One of the factors that helped drive SOPA and PIPA was the possibility of the unabated proliferation of online trading in counterfeit goods.  Supporters of the bills pointed to the possibility of senior citizens being beguiled into buying fake prescription drugs, and shoddy manufacturing parts finding their way into automobiles and military vehicles. More popularly recognizable examples involve luxury goods such as handbags and sunglasses, which are frequently duped. Therefore, creating an expedited way for the legitimate holders of these rights (i.e., makers of the legitimate goods) to take down bogus posts that advertise fake goods will assist in the goal of protecting consumers while lessening the burdens on the rights holders.

Perhaps one of the great things about the DMCA notice-and-takedown procedure is the fact that everyone on both sides of the IP debate seems to hate it. We acknowledge that the DMCA path is not a perfect solution, but few such solutions exist. The existence of the DMCA procedure has enabled a tremendous amount of innovation and creativity in the world of technology because it lets the user-generated content (UGC) industry off the hook. Without the DMCA safe harbor, sites such as YouTube could not have proceeded as boldly ahead as they have, and IP rights holders would have been forced to either sue UGC sites out of existence or stand pat while others reaped benefits of their content.

Introducing notice and takedown to the trademark world makes even more sense. Trademark has its roots in consumer protection law, and operates under the presumption that consumers deserve to know that a brand owner stands behind the product they are purchasing. Introducing this system into the trademark context both allows site owners to understand the potential demands placed on them and provides a mechanism for brand owners to have infringing content (which may pose a genuine and demonstrable risk to the public welfare) taken down. In the process, this proposal removes one justification for acts such as SOPA and PIPA.

Nothing can stop an idea whose time has come.  Our proposal basically grafts the current DMCA system onto the world of trademark law. Our alternative also mirrors solutions posed by Frederick Mostert and Marty Schwimmer. http://home.comcast.net/%7Ejlw28129/Mostert%20and%20Schwimmer%20vol101_no1_a14.pdf 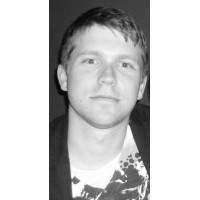