Contract for an eSport team

The players of Team Hyper team agree to play under the name Team Hyper at all online, LAN, matches, scrimmages, practices, and social events and competitions that they attend.

Note that Team Hyper has the choice to terminate the contract if proof is not given for the above circumstances. Team Hyper team above is expected and obligated to participate in events requested by Team Hyper Any player having caught a negative attitude toward an opposing player, team, fellow member, staff member of Evil Habits , or owner himself are subject for review and dismissal of the team and contract will be null and void.

Team Hyper team above will be expected to follow a set of guidelines when representing Team Hyper , their sponsors and partners. Each player is expected to be in good shape with no body impairing substances in the body during LAN events, or online competitions, or live streaming or social events representing Evil Habits or their sponsors. These substances include the following: illegal drugs, legal imitation plant like substances of any kind that impair judgment, alcohol, and over dozed prescriptions. A player may not be held accountable for use of drugs prescribed by a doctor for any medical condition he or she may have.

No player shall use language in any official event that is represented by Team Hyper no matter what kind of venue or online. This includes social events, forums, chat rooms, while representing Team Hyper and their sponsors. Players twenty-one and older may purchase alcoholic beverages after all matches have concluded.

If a team is labeled dead, inactive, moved down online out of a professional invite status, LAN, or other various competitive league or competition, Team Hyper has the right to enable this contract null and void for the players listed above. Team Hyper is not resposnible for any injury or crime commited by any of the players on the Team Hyper team .

Players,team, and everyone signing this contract retain the following rights:1. All roster changes are left up to the team leader stated here: Dynazy AND Team Hyper .If he or she is unable to perform his or her duties they may be passed to the back-up leader that will be assigned by Team Hyper. Team Hyper has the right to dismiss a player only if a part of the code of conduct has been breached. 2. Players above practice, will have match times, dates, and lengths are to be decided by the leader,co-leader, or by Team Hyper when requested .3. If above leader or co-leader or scheduler for online matches fails to do their duties Team Hyper the right to schedule events or matches or social meetings.

In the case that a player breaks the code of conduct at a tournament in which their is a prize or Team Hyper, or their sponsors are in any which way are financing then that player forfeits their share of the ending prize. If a situation is not included in this contract, Team Hyper may take the matter to court. Person or persons signing this contract may not take any member of Team Hyper to court for any legal matter . Should a player break the code of conduct only that player will have the right to dismissal. If the player begins a LAN event at a venue he has the right to finish the final or LAN event and collect his rightfultshare of the prize.If this is not the case, the player may be dismissed instantly, Legal action may not be taken upon Team Hyper 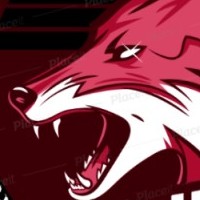