This document is used to assign ownership of an United States patent application from the inventors over to the company (assignee).

WHEREAS, Company Name, having its principal offices at: Company Address (hereinafter together with its successors and assigns referred to as "the Assignee"), is desirous of obtaining all right, title and interest in, to and under said invention(s) and said application.

We hereby authorize the Commissioner of Patents and Trademarks of the United States, and any official of any other country empowered to issue patents, to record this Assignment, and to issue or transfer all said Letters Patent on said invention(s) to the Assignee as owner of all right, title and interest therein, or otherwise as the Assignee may direct, in accordance with the terms of this Assignment.

We hereby covenant and agree that we will, upon request of the Assignee, communicate to the Assignee any facts known to us relating to said invention(s) and the history thereof, testify in any legal proceeding, execute all lawful papers including without limitation all divisional, continuing and reissue applications and all rightful oaths and declarations, and generally do all further acts which may be deemed necessary by the Assignee to obtain and enforce proper patent protection for said invention(s) in all countries.

IN TESTIMONY WHEREOF, we have executed this document on the date indicated below. 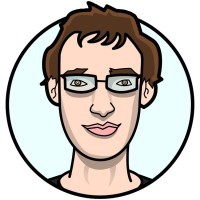