This is a license to the music used in a video.

The mechanical, synchronization, and performance rights granted to the LICENSEE within the AGREEMENT include (1) right to re-record, duplicate and release the Work as part of a production in whatever medium(s) necessary (i.e. video tape, film, CD-ROM, DVD). If the music is used in software such as a video game application or other software product, the music will be "embedded" with the intention that the end user of the software or video game is unable to extract or use the music on its own; (2) right to use the music as a soundtrack "synced" with visual images as part of a production; and (3) right to use the music as part of the public viewing or broadcast of a production (including but not limited to TV shows, videos, DVDs, Web Sites, podcasts, multimedia presentations, and films). The LICENSOR grants LICENSEE an exclusive perpetual license to use the Work herein.

The LICENSEE agrees to pay the LICENSOR a one-time fee of Enter Agreed Amount. The LICENSEE will not owe any future additional royalties or fees to the LICENSOR for future use of the Work within the terms of this AGREEMENT. 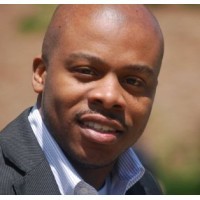