VALID AS OF DATE

THIS CONTRACT is between PLAYERknown as PLAYER USERNAME
hereinafter referred to as “MEMBER” and CROWN ME KING ESPORTS LLC (“CMK ESPORTS”).

This Contract runs for a period of Sixteen(16)weeks beginning on START DATE
and terminating on END DATEunless contract violation is to occur in which case contract will terminate as per contract specifications.

Requests are able to be freely denied/accepted with little or no reason given at CMK ESPORTS's discretion.

3.2 MEMBER confirms that they have no other legal binding to any other team or organization.
MEMBER shall not enter into another contractual relationship with any other team or
organization in the field during the term of this Contract without asking permission from CMK ESPORTS seven(7) days in advance.
3.3 MEMBER agrees to play matches to the best of their ability when selected to participate in
team and individual practice, and to maintain a healthy lifestyle.
3.4 MEMBER must wear official CMK ESPORTS tags at all times during events, competitions and while streaming.
3.5 MEMBER agrees to make them self available to Sponsors for promotional work as requested,
unless previous notice is given of accepted unavailability by MEMBER three(3) days in advance.
3.6 MEMBER agrees to allow CMK ESPORTS to utilize their related personal rights exclusively for the
duration of the Contract, including, but not limited to, personal pictures, team pictures, team videos, etc
for advertising usage.
3.7 MEMBER understands that they represent CMK ESPORTS, and shall not act with bad manners
including, but not limited to, cheating, violence, abuse, racism, and unsportsmanlike
conduct.

3.8 MEMBER agrees to not knowingly or willingly violate or let any member of his/her team violate ESEA , steponegg rules, overtime rules or any other competitive leagues rules. If found doing so MEMBER may have their sponsor/player relationship with CMK ESPORTS permanently terminated and can be held accountable for all fees invested into MEMBER.

3.9 MEMBER agrees to promote and utilize CMK ESPORTS sponsors during events, LAN'S and on stream.

3.A BILL OF RIGHTS

MEMBER signing this contract retains the following rights:1. All roster changes are left up to the Manager of said team and CMK ESPORTS .If he or she is unable to perform his or her duties they may be passed to the SUB that will be assigned by CMK ESPORTS .CMK ESPORTS has the right to dismiss MEMBER only if a part of the code of conduct has been breached.2. MEMBER must attend all meetings, practices, and event's designated by CMK ESPORTS. .3. If above leader or co-leader or scheduler for online matches fails to do their duties CMK ESPORTS has the right to schedule events or matches or social meetings.4. MEMBER will not have CMK ESPORTS discord muted and will be active in the community.

4.3 MEMBER will be eligible for monthly salary ($25 a month, resulting in $100 an agreements period) agreed upon by CMK ESPORTS and MEMBER, once we signed investors and become fully funded.

5.1 MEMBER can and shall receive fines and/or suspensions for violations agreed upon between CMK ESPORTS and MEMBERS

6.1 Contract's must be renewed within three(3) months after expiration unless either
MEMBER or CMK ESPORTS gives at least one (3) day notice officially terminating their sponsor/client relations due to personal reasons and/or violation of any Sections.

8.1 In the case that a player breaks the code of conduct at a tournament in which their is a prize or CMK ESPORTS, or their sponsors are in any which way are financing then that player forfeits their share of the ending prize. If a situation is not included in this contract, CMK ESPORTS may take the matter to court. Person or persons signing this contract may not take any member of CMK ESPORTS to court for any legal matter . Should a player break the code of conduct only that player will have the right to dismissal. If the player begins a LAN event at a venue he has the right to finish the final or LAN event and collect his rightful share of the prize.If this is not the case, the player may be dismissed instantly, Legal action may not be taken upon CMK ESPORTS.

8.2 In the event that the MEMBER goes an extended period of time (1 week warning, 2 weeks termination) without playing tournaments and matches, or stops participating in the organization entirely, without prior knowledge/advance by an owner or staff member, this document will be voided by the owner of CMK ESPORTS, thus resulting in the MEMBER being dropped. In the event where there are no agreed upon or active online/LAN tournaments/matches being held, this stipulation will not apply. Any active participation between tournaments that result in promotion of the CMK ESPORTS brand will be included as participation, and therefore, meet this part of the agreement. 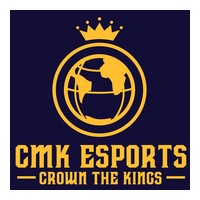