This contract is an offer by Designer to Client made on for Designer to provide creative Work as requested by Client.

Work includes rough draft within 48hrs and the final draft within 24hrs of changes suggested by client, deliverable art to client

100% of the total fee is required before any services will be rendered, or a $50 service charge is payable on all overdue balances for reissuing each invoice at 30, 45, and 60 days from the date of original invoice. The grant of any license or right of copyright is conditioned on receipt of full payment.

Designer agrees to the perpetual license of the right to display and transmit Work to Client, excluding the right to authorship credit, modification, and resell, which is retained by Designer. Designer agrees that Work is produced with the intent it be unique and will not seek to resell or publish Work, except as noted below.

Designer may use Work in Designer’s portfolio (including, but not limited to, any website that displays Designer’s Works). Client does not have to display Designer’s name together with Work, unless being described with any editorial usage, but Client may not seek to mislead others that Work was created by anyone other than Designer.

The fee for Work is refundable pending only upon Designer’s breach of contract. In the event of cancellation of this assignment, ownership of all copyrights and the original artwork shall be retained by the Designer, and a cancellation fee for work completed, shall be paid by the Client. If the project is on an hourly basis the and project is canceled byClient, Client agrees to pay no less than 50% of the fees already billed for the project at the time of cancellation.

Client agrees that Designer will not be liable for any incidental or consequential damages that arise from Designer’s performance of this commission (including, but not limited to, failure to perform in a timely manner, regardless of whether the failure was intentional or negligent.)

Any dispute under or about this Agreement must be submitted to and resolved by arbitration through the arbitration services located at Internet URL http://www.judge.me. Parties will bear their own costs. Any court may enforce the arbitration award. This Agreement will be governed by the laws of Missouri, in the country of the United States of America. 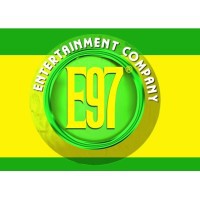