The melting pot of cultures in India is nothing less of a congregation of various art forms coming together. The rich Indian subcontinent is full of surprises for art lovers, with each state and region having something unique to offer. Amongst these are the very famous Madhubani Paintings, which are practiced and carried on by the traditional Mithila region inhabitants belonging to the present state of Bihar. These paintings are also referred to as the “Mithila Paintings”, as they are widely practiced in and around the Mithila region.

The most unique feature of these paintings is that they are made by using a wide variety of tools including smooth paintbrushes, wooden twigs, feathers, matchsticks, nib pens, and even fingers. This creates a diverse range of strokes on the canvas forming a very rich piece of art and indian handicrafts that is loved and appreciated by art lovers across the lengths and breadths of the country. The Madhubani paintings narrate the story of particular occasions like the harvest season, weddings, new births, and other local festivals celebrated by the people living around the Mithila region including Holi, Durga Puja, Upanayana and the Kali Puja.

The Madhubani paintings were traditionally created by the women of various communities in the Madhubani or the Mithila region as part of their hobbies or a favorite pastime. Madhubani, at present, is the biggest export center for these paintings, having centers that export these paintings to Western countries. The Madhubani Paintings are called the Chic Wall Art Paintings as they were originally painted on the freshly plastered mud walls of the huts of Mithila people.

The paintings were generally made using powdered rice and other naturally occurring colors extracted from leaves, seeds, roots, twigs, flowers, and creepers. These paintings mostly depict the association of people with nature, where women are seen separating the husk from crops, and men have seen harvesting in the fields using cows. They also cover other aspects like the capturing of special day occasions and the scenes at the Royal Court of The King, illustrating the vibrant courtrooms, showing the king and his ministers. Other than these, the art subjects also included the painting of local deities who were worshipped by the people living in the Mithila Region, like Lord Krishna and his wives.

Madhubani Paintings are known to be extremely vibrant with rich colors with no blank space in the canvas. Any blank space will be utilized and filled up with geometrical figures or flowers. The natural elements of the universe like the sun, the moon, and the planets are also illustrated in these paintings.

The Mithila region inhabitants did not preserve their unique art form as a secret but were very generous in passing it on to their newer generations and to artists who had a hunger for learning. Thus, the Madhubani Paintings are called as the Traditional Folk Art of Bihar with global recognition, standing out as the “” of India! 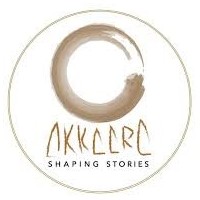 This is version 1, from 9 months ago.