WHEREAS, in recognition of the Executive's experience and abilities with the Company, the Company desires to employ the Executive from and after the date hereof in accordance with the terms and conditions provided herein;

WHEREAS, simultaneously herewith, the Executive and the Company are entering into that certain Share Purchase Agreement , if any.; and

WHEREAS, the Executive wishes to perform services for the Company in accordance with the terms and conditions provided herein.

NOW, THEREFORE, in consideration of the premises and the respective covenants and agreements of the parties herein contained, and intending to be legally bound hereby, the parties hereto agree as follows:

(a) Annual Base Salary. During the Term, the Company shall pay to the Executive an annual base salary (as it may be adjusted from time to time, the "Base Salary") at a rate of not less thanone hundred thousand dollars ($100,000). Such salary shall be payable in substantially equal installments at least twice per month.

(b) Bonus and Incentive Plans. During the Term, the Executive shall be entitled to participate in incentive, bonus and other executive compensation plans, programs and arrangements (the "Incentive Plans") of the Company as in effect from time to time. The Executive would have bonus opportunities of:

(ii) Subject to the approval of the Board, for the period commencing <>, an annual bonus of up to 20% of Base Salary in incentives consisting of restricted stock of PPL Corporation, which shall be determined at the discretion of the Board and based on written criteria provided to the Executive on an annual basis.

(c) Vehicle Allowance. During the Term, the Company shall provide the Executive with a monthly vehicle allowance of $650 plus reimbursement for fuel used for Company business.

(d) During the Term, the Company shall provide to the Executive the standard retirement, welfare and other fringe benefits normally provided by the Company to its executives from time to time, which benefits shall be no less favorable than those identified on Exhibit A hereto.

(a) Death. The Executive's employment hereunder shall terminate upon his death.

(b) Disability. If, as a result of the Executive's incapacity due to physical or mental illness, the Executive shall have been absent from his duties hereunder for the entire period of six consecutive months, and within thirty (30) days after written notice of termination is given by the Company (which notice may be given immediately after such six month period), shall not have returned to the performance of his duties hereunder, the Company may terminate the Executive's employment hereunder for "Disability."

(c) Cause. For purposes of this Agreement, the Company shall have "Cause" to terminate the Executive's employment hereunder under any of the following circumstances:

(ii) the Executive pleads guilty or is found guilty by a court of having committed a crime involving moral turpitude;

(iii) in the reasonable judgment of the Board, the Executive has compromised trade secrets or other proprietary information of the Company or its subsidiaries;

(iv) in the reasonable judgment of the Board, the Executive shall have breached in any material respect the terms of this Agreement; or

(v) in the reasonable judgment of the Board, the Executive engaged in gross or willful misconduct that causes material harm to the business, operations or prospects of the Company or its subsidiaries or any affiliate thereof.

(i) a reduction in the Base Salary during the term of this Agreement, unless (x) such reduction is due to the Executive's continued failure after notice to adequately perform his duties or (y) such reduction is commensurate with a company-wide (i.e., all affiliates) reduction of salary;

(iii) a material reduction in the duties or responsibilities of the Executive.

(i) if the Executive's employment is terminated by his death, the date of his death,

(ii) if the Executive's employment is terminated pursuant to paragraph (b) above, thirty (30) days after written notice of termination is given (provided that the Executive shall not have returned to the performance of his duties on a full-time basis during such thirty (30)-day period), and

(iii) if the Executive's employment is terminated pursuant to paragraph (c) or (d) above, the date specified in the written notice of termination.

(a) Disability or Death. During any period in which the Executive fails to perform his duties hereunder as a result of incapacity due to physical or mental illness, the Executive shall continue to receive his full Base Salary, as well as other applicable executive benefits, until his employment is terminated pursuant to Section 7(b) hereof;provided, however, that any Base Salary payable to the Executive during such period of incapacity shall be reduced by an amount equal to any payment which the Executive may be entitled to receive under any disability plan or policy of the Company that is in effect at the time. In the event the Executive's employment is terminated pursuant to Section 7(a) or 7(b) hereof, then, as soon as practicable thereafter, the Company shall pay the Executive or the Executive's beneficiary or, if none, his estate, as the case may be, all unpaid amounts, if any, to which the Executive was entitled as of the Date of Termination under Section 6(a) hereof (the "Accrued Salary").

(i) the Base Salary through the end of the Term plus

(i) shall not, directly or indirectly, whether acting individually or through any person, firm, corporation, business or any other entity, engage in, or have any interest in any person, firm, corporation, business or other entity (as an officer, director, employee, agent, stockholder or other security holder, creditor, consultant or otherwise) that engages in any business activity where any aspect of the business of the Company or its subsidiaries is conducted, or planned to be conducted, anywhere within the State of _________ and the states contiguous thereto in which any of the Affected Companies (as defined below) has conducted business in the preceding twelve months, at any time during the Restricted Period, which business activity is the same as, similar to or competitive with business activities involving the provision of services by any line of business conducted by the Company or its subsidiaries (the "Affected Businesses") as the same may be conducted from time to time;

(ii) shall not, directly or indirectly, whether acting individually or through any person, firm, corporation, business or any other entity, interfere with any contractual relationship of any company that is a subsidiary or affiliate of the Company and is involved in the Affected Businesses (the "Affected Companies") that may exist from time to time, including, but not limited to, any contractual relationship with any director, officer, employee, or sales agent, or supplier of the Affected Companies; and

(iii) shall not, directly or indirectly, whether acting individually or through any person, firm, corporation, business or any other entity, solicit, induce or influence, or seek to induce or influence, any person who currently is, or from time to time may be, engaged or employed by the Affected Companies (as an officer, director, employee, agent or independent contractor) to terminate his or her employment or engagement by the Affected Companies.

(b) The Executive shall respect and protect the confidentiality of all confidential and proprietary information pertaining to the Affected Companies, and shall not without the prior written consent of the Company, disclose in any fashion such information to any person at any time (whether during or after his employment with the Company) unless required in the course of the Executive's employment hereunder or required by applicable law, rules, regulations or court, governmental or regulatory authority, order or decree. Upon the termination of his employment with the Company for any reason, the Executive shall return to the Company immediately all memoranda, books, papers, plans, information, letters and other data, and all copies thereof or therefrom, in any way relating to the business of the Affected Companies.

(c) Notwithstanding anything to the contrary contained herein, the Executive, directly or indirectly, may own publicly-traded stock constituting not more than two percent (2%) of the outstanding shares of such class of stock of any corporation that is a competitor with the Affected Businesses if, and as long as, the Executive is not an officer, director, employee or agent of, or consultant or advisor to, or has any other relationship or agreement with such corporation.

(i) the right and remedy to have the Restrictive Covenants specifically enforced by any court having equity jurisdiction, it being acknowledged and agreed that any such breach or threatened breach will cause irreparable injury to the Company and that money damages will not provide an adequate remedy to the Company; and

(ii) the right to discontinue the payment of amounts or benefits (if any) owing to the Executive under this Agreement.

(e) The Executive acknowledges that the non-competition provisions contained in this Agreement are reasonable and necessary, in view of the nature of the Affected Businesses and his knowledge thereof, in order to protect the legitimate interests of the Affected Companies.

If to the Company:

With a copy to:

If to the Executive:

or to such other address as either party may have furnished to the other in writing in accordance herewith, except that notices of change of address shall be effective only upon receipt.

(a) No provision of this Agreement may be modified, waived or discharged unless such waiver, modification or discharge is agreed to in writing signed by the Executive and such officer of the Company as may be specifically designated by the Board. No waiver by either party hereto at any time of any breach by the other party hereto of, or compliance with, any condition or provision of this Agreement to be performed by such other party shall be deemed a waiver of similar or dissimilar provisions or conditions at the same or at any prior or subsequent time. No agreements or representations, oral or otherwise, express or implied, with respect to the subject matter hereof have been made by either party which are not set forth expressly in this Agreement.

(b) If any one or more of the provisions contained in this Agreement is held to be excessively broad as to duration, scope, activity or subject, such provisions shall be construed by limiting and reducing them so as to be enforceable to the maximum extent compatible with applicable law.

IN WITNESS WHEREOF, the parties have executed this Agreement as of the date and year first above written. 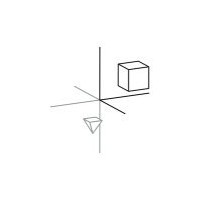