The specific experimental test operation steps are detailed as follows:

The tested aluminum wire is first zone marked. As shown in the figure below, mark A, B, C, D, E a total of 5 points, divide the aluminum wire into 4 sections, and stop at the middle area of the two marked points after each subsequent pull.

After 5 marking points were made, the appearance of aluminum wire surface in the partition range between each two marking points was observed with an electron microscope for comparison after the experiment.

The aluminum wire is clamped with a piezo clamp. In the test, the piezo clamp was operated with clamping force at 15V, 20V, 30V, and 40V respectively.

The specific process starts from point A:

End at point E. The difference in this process is that the clamping force of the piezo clamp is different each time it is clamped.

It is experimentally measured that when the driving voltage is 15V, 20V, 30V, and 40V, the piezo clamp can stably hold the aluminum wire without moving.

The above test results show that CoreMorrow piezo clamp can stably clamp the metal wire while ensuring that the wire is not damaged by the piezo clamp, achieving precise clamping control. 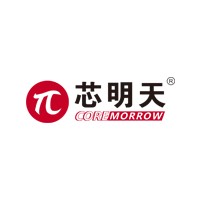 This is version 1, from 8 months ago.