This is a Artist Release template for Motion Picture Production, video and or photography!

1. For good and valuable consideration, receipt of which is hereby acknowledged, I irrevocably authorize ____________________ (“Producer”) to make use of my appearance in connection with that certain currently untitled motion picture production (“Production”) to be produced by Producer.

2. I understand that I may be filmed, videotaped and/or photographed, and any such films, videotapes and photographs may include my name, voice and/or likeness. I grant to Producer the right to use my name, biographical information, photograph, video and likeness in the Production (including, without limitation, in any revisions, segments, clips, edits, modifications or derivative works thereof of any variety), worldwide and in any manner and medium now or hereafter devised, for any purpose, without additional compensation, notification or permission. I understand and agree that Producer has and shall retain in perpetuity the right to copyright, use, license others to use, edit, alter and otherwise exploit all or any portion of any resulting films, videotape(s) and/or photograph(s) or any reproduction(s) thereof, and any materials (including, without limitation, any films, photographs or videotapes, which may contain performances of works that are original to me) submitted by me in any manner or medium (specifically including, without limitation, any and all forms of motion picture and television productions regardless of the means of transmission and the internet), whether now known or hereafter devised, for any purpose and for an unlimited number of times, in perpetuity, throughout the universe, without compensation (except to the extent prohibited by law).

3. I hereby irrevocably assign to Producer (or irrevocably waive, in the event such assignment is not possible) any and all “moral rights” or similar law or rights. I hereby waive any right of inspection or approval of my appearance or the uses to which such appearance may be put. I acknowledge that Producer will rely on the permissions granted in this release and I agree not to assert any claim of any nature whatsoever against anyone relating to the exercise of the permissions granted in this release. I further represent that any statements made by me during my appearance are true, to the best of my knowledge, and that neither they nor my appearance will violate or infringe upon the rights of any third party.

5. I hereby release Producer from any and all claims, demands or causes of action which I and/or my heirs, successors, or assigns may now have or hereafter acquire by reason of Producer’s exercise of the rights granted in this release including, without limitation, any claims that any characters in any productions are intended to represent me by reason of the use of photographs and/or recordings made under this release. I hereby waive any and all claims of defamation and “false light”, violation of rights of privacy and/or publicity, and/or any other rights of a similar or dissimilar nature in connection with the exploitation of any photographs and/or recordings made under this release and I hereby agree not to assert any claim of any nature whatsoever against any party related to the subject matter of this release. In that regard, I waive any rights I may have under California Civil Code Section 1542 which provides:

“A general release does not extend to claims which the creditor does not know or suspect to exist in his favor at the time of executing the release, which if known by him must have materially affected his settlement with the debtor.”

I hereby agree to and do hereby indemnify and hold harmless Producer from and against any breach of this release by me and/or any claim, action, proceeding, and/or demand brought, maintained, prosecuted or made by or through me and from and against any and all loss, cost, damage and/or expense incurred by Producer in connection with it, including, but not limited to attorneys’ fees and costs.

6. I acknowledge that Producer may be incurring substantial sums in reliance on the permissions granted in this release and I shall in no event be entitled to rescind or terminate this release or any of the rights granted under it, or to seek to do so, or to interfere with, restrain, enjoin or otherwise impair the development, production, exhibition, distribution, promotion, advertising or other exploitation of the Production or any other productions, or the use of any photographs, recordings or other materials produced hereunder, and my sole remedy in any or all cases and in connection with any claims shall be an action at law for actual money damages, if any.

7. This release will be governed by the laws of the State of New York applicable to contracts to be wholly negotiated and performed in New York. Any claim, dispute or disagreement with respect to this release will be submitted to the state or federal courts within the Borough of Manhattan in the State of New York, which courts will have exclusive jurisdiction, and the parties consent to jurisdiction in those courts. This release will be binding upon me and my heirs, successors, licensees and assigns forever and shall be freely assignable by Producer. This release sets forth the entire understanding of the parties and may not be modified except by a writing signed by me and Producer.

IF THE UNDERSIGNED IS UNDER 18 YEARS OLD, PARENT/GUARDIAN MUST EXECUTE THE PARENTAL / GUARDIAN CONSENT ATTACHED HERETO AND INCORPORATED HEREIN BY THIS REFERENCE 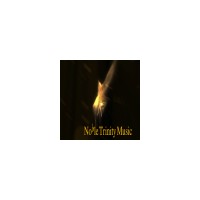 This is version 1, from 5 months ago.