This is a simple NDA for Texas businesses.

This NON-DISCLOSURE AGREEMENT is between ________________ and ________________ and is effective as of the date of the last signature below (the “Effective Date”). This Agreement also applies to Confidential Information given or received by a person or entity controlling, under common control with, of controlled by a party (an “Affiliate”).

(c) Governing Law. All claims arising out of or related to this agreement will be governed by Texas law excluding such State’s conflict of laws rules. 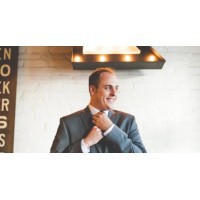