This is a super simplified version of the original Founder's Agreement Template, which generalizes the work to a "project" level and removes many of the formalization and documentation aspects around a "company" business entity. It is intended for very casual business relationships but details responsibilities and claims to generated revenue or benefits.

This agreement governs the partnership between the Founders, doing business or production as [project, company, or partnership name] (the “Partnership”). The Partnership will continue perpetually, unless dissolved in accordance with this agreement.

The Founders have created the Project for the sole purpose of [description of project] (the "Project").

The Founders may make capital contributions in the form of cash and prepaid expenses from time to time to fund the Partnership's ongoing capital and operating needs. The written consent of all Founders is required for any Founder to make a capital contribution above $50.

Ownership of the Partnership and Projects

The Partnership will make distributions to the Founders out of cash received as a result of the production of any Projects by the Partnership, less all accounts payable, at the time of the receipt of cash. All distributions must be made in the following order:

The Partnership will be managed by the Founders, and a majority of Founders may take any action on behalf of the Partnership except where explicitly stated otherwise in this agreement. The unanimous written approval of all Founders is required to:

Duties to the Company

(a) contributions and inventions, discoveries, creations, developments, improvements, works of authorship and ideas (whether or not protectable under patent, copyright, or other legal theory) of any kind that are conceived, created, developed or reduced to practice by any Founder, alone or with others, while such Founder is a member of, or provides services to, the Partnership, that are directly or indirectly related to the Project; and (b) any and all patents, patent applications, copyrights, trade secrets, trademarks (whether or not registered), domain names and other intellectual property rights, worldwide, with respect to any of the foregoing.

Each Founder hereby irrevocably assigns to the Partnership all right, title, and interest in and to all Project IP owned by such Founder.

The written consent of all Founders is required to approve any additional investment in the Partnership from any party, including a Founder.

Any Founder who receives an offer from any party to invest in the Partnership will notify the other Founders of the same, and provide each Founder an opportunity to participate meaningfully in the negotiations surrounding the potential investment in the Partnership. The Founders will use their best efforts to obtain terms that are no less favorable to any Founder.

The Founders anticipate that any transaction resulting from such an offer would require that the Partnership convert to a business entity that provides limited liability to its members.

Resignation and Removal of Founders

Any Founder may resign from the Partnership for any reason or no reason at all by giving written notice to the other Founders. Upon a Founder’s resignation, the Project will continue and will not dissolve, so long as at least one Founder remains as a member of the Partnership. The Partnership will pay out to the resigning Founder his positive capital account balance (if any) within 90 days of resignation, in cash.

If only one Founder remains in the Partnership at any time, then the Partnership shall continue as a sole proprietorship of the remaining Founder until he resigns, without affecting any rights due to any Founder or former Founder under this agreement.

If the Founders determine by unanimous consent to dissolve the Partnership and wind up its affairs, or if the Partnership dissolves because no Founders remain as partners, then any persons who were Founders immediately prior to the dissolution event will cause the Partnership to sell all its property (including Project IP) for cash only, and to liquidate in an orderly fashion. The Partnership will distribute any property that remains after paying for the expenses of dissolving and winding up, and repaying all indebtedness owed by the Partnership, as follows:

Title to any Project IP that is not sold in connection with dissolution and liquidation of the Partnership must, however, be distributed to all Founders as owners in common.

All disputes arising from or related to this agreement must be submitted for binding arbitration before a single arbitrator under the rules of the American Arbitration Association as in effect at such time. The location for such arbitration will be New York, New York. The Founders agree that either party may, within 7 days after the filing of a Demand for Arbitration, demand that the parties' dispute first be submitted to a neutral evaluator pursuant to the American Arbitration Association's Early Neutral Evaluation Procedures prior to proceeding with arbitration.

Any resulting arbitration award may be enforced in any court having valid jurisdiction, wherever located. In addition, the Founders hereby irrevocably submit to the jurisdiction of the state and federal courts located in Brooklynfor the enforcement of any such arbitration award.

Governing Law. This agreement shall be governed by and construed in accordance with New York State laws applicable to contracts signed and to be performed solely within this state.

Severability. If any provision in this agreement is held to be invalid or unenforceable in any jurisdiction, the validity and enforceability of all remaining provisions contained herein shall not in any way be affected or impaired thereby, and the invalid or unenforceable provisions shall be interpreted and applied so as to produce as near as may be the economic result intended by the parties hereto.

Entire Agreement. This agreement contains the entire agreement between the parties hereto with respect to the subject matter hereof, and supersedes all prior arrangements or understandings (whether written or oral) with respect thereto.

By signing below, each Founder indicates acceptance of the terms of this agreement in their entirety as of the date first written above, and represents and warrants to the Company and each other Founder that he has fully read and understood this agreement, and that to each Founder’s knowledge, no law or third-party obligation would prevent each such Founder from entering into and performing this agreement in full. For the convenience of the parties, this agreement may be executed electronically and in counterparts. Each counterpart shall be binding, and all of them shall constitute one and the same instrument. 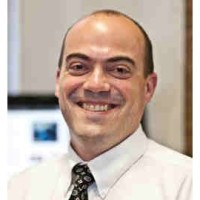