This is a summary of basic poker rules for all card players.

In this variation of poker game, play a deck of fifty-two cards. Poker rules state that the highest card in this flavor is an ACE, the lowest - deuce. In this game the dealer shuffles the deck before each hand.

By the rules of oasis poker in the game involves several participants, each of them, regardless of is playing against the dealer. In this variation of poker in front of each player there are two drawn on the table of the box, one for the ante, the other for a raise.

According to the rules of this variation of online poker, at the beginning of each round the players make an ante bet gaming chips in the appropriate box. Bets within certain limits, low and high, their range is put on the plate in addition to the label specified upper limit of the pot of the table.

The range of payments depending on the rules of the poker game depends on the gambling establishments.

At the beginning of the round, the dealer deals five cards to himself and the participants, handing them out one by one, face down. But I want to note is that the dealer is obligated to reveal his last card.

After the deal, the party looks to his cards and evaluates own advantages. Purpose is the most skilled hand.

In each of the classifications can be eleven combinations, the lowest of which is called blank, all the others are called significant.

So here they are, all eleven of hands, in descending order:

A Royal flash, Straight flush, Quads, Full house, Flush, Straight, three of a kind, two pair, Pair, ACE-king and the very empty combination is not having any power, is a random set of cards.

Priorities between the stripes by the rules of oasis poker are not installed. Thus two of the same scenario, differing only in the suit, have the same effect. For example, as the hearts and diamonds a Royal flush.

The essence of the game oasis poker is that sooner or later the player will compare his hand with the hand of the dealer, a qualified hand wins.

From all available information, only the dealer's up card, discuss or show the cards of other members according to the rules any form of poker is prohibited.

After assessing their strength in the game, there are only three solutions. Need to choose one.

- To surrender and end the game for yourself.

- Continue folding the card pile on the table, but in Boxing raise again to put the chips (additional rate), the amount shall be equal to twice the ante. This is called raising the stakes.

- Either take a chance and replace one of the cards to improve your hand, of course, for a fee, its size is equal to the ante bet.

If the dealer loses - the fun begins, the ante bet pays one to one, and the raise bet is paid in relation to the weight of your hand by following a specific table:

A Royal flush one hundred to one.

Straight flush fifty to one.

Kare - twenty to one.

Full - seven to one.

Flush - five to one.

Straight, four to one.

Three - three to one.

Pair and ACE king - one to one.

There are games to poker bonuses, which payment does not depend on maximum payouts per table, and no matter whether the dealer plays or not.

The most interesting are the games in which the rules of poker provide the game on bonuses where to win a fixed prize, and sweat, depending on the size of your bets. 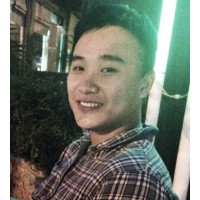