This Agreement is made as of this date, September 11, 2018 between

Project includes production of video content and written site content by Producer on behalf of and at the direction of Client. Producer will generate 30 individual videos according to the terms agreed to in the "WSN Video Proposal" document sent to Client.

Total project cost for video is $65,000 CAD to be paid in 25% installments on a monthly basis. The first installment will be paid as a deposit upon execution of this agreement.

Producer will generate written content at the direction of client, beginning with the first 85 pages outlined in the "WSN Content Order" document. Written content will cost $0.18/word and will be uploaded to WSN.com content management system by Producer.

Producer will invoice for written content on a monthly basis beginning one month after project start date.

Due on a monthly basis: %25 of total until payment is made in full.

Producer will invoice for written content on a monthly basis. 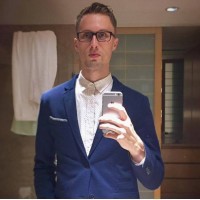