In the event that Contractor does not or is unable to provide complete work in form and content satisfactory to Company within the given timeframe set above, an amount of $75 (seventy-five U.S. dollars) will be deducted from the second payment for each 24 hour period subsequent to the expiry of the given timeframe set above. If the amount of late fees exceeds the amount of the total payment, Contractor will be liable for payment to Company in the amount of the total worth of the Agreement only. Same penalty fee may be levied should Contractor, in the opinion of Company, misrepresent himself, his abilities or work produced at any point; or should Contractor wish to pull out of the Agreement.

Contractor is an independent contractor. This work is considered work-for-hire under the United States Copyright Act of 1976. All electronic files and other materials related to it will become the property of Company. Contractor acknowledges that the ReligiON Android app is being created in part by Contractor for exclusive use by Company.

At Company's sole and absolute discretion, Company may make any changes in, deletions from, or additions to the ReligiON Android app after the completion of the described work contributed by Contractor. Company is not under any obligation to use the work created by Contractor.

Contractor represents and warrants to Company that to the best of his knowledge the electronic files and other materials produced do not infringe on any copyright or personal or proprietorial rights of others, and that he has the unencumbered right to enter into this Agreement.

Contractor will indemnify Company from any damage or loss, including attorney's fees, rising out of any breach of this warranty.

Any proprietary information, trade secrets and working relationships between Contractor and Company and its employees, clients, customers and partners must be considered strictly confidential, and may not be disclosed to any third party, either directly or indirectly.

With reasonable cause, either party reserves the right to cancel this Agreement without obligation by 24 hours written notice to the other party of the intent to terminate. In the event that either party shall be in default of its material obligations under this Agreement and shall fail to remedy such default within 60 days after receipt of written notice thereof, this Agreement shall terminate upon expiration of the 60 days period. Should Contractor's commission be cancelled or postponed for any reason before the final stage, Company agrees to pay a cancellation fee based on work completed.

Please indicate acceptance of the terms set forth above by signing this Agreement. 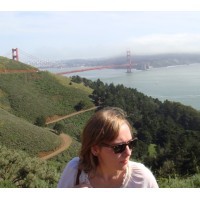